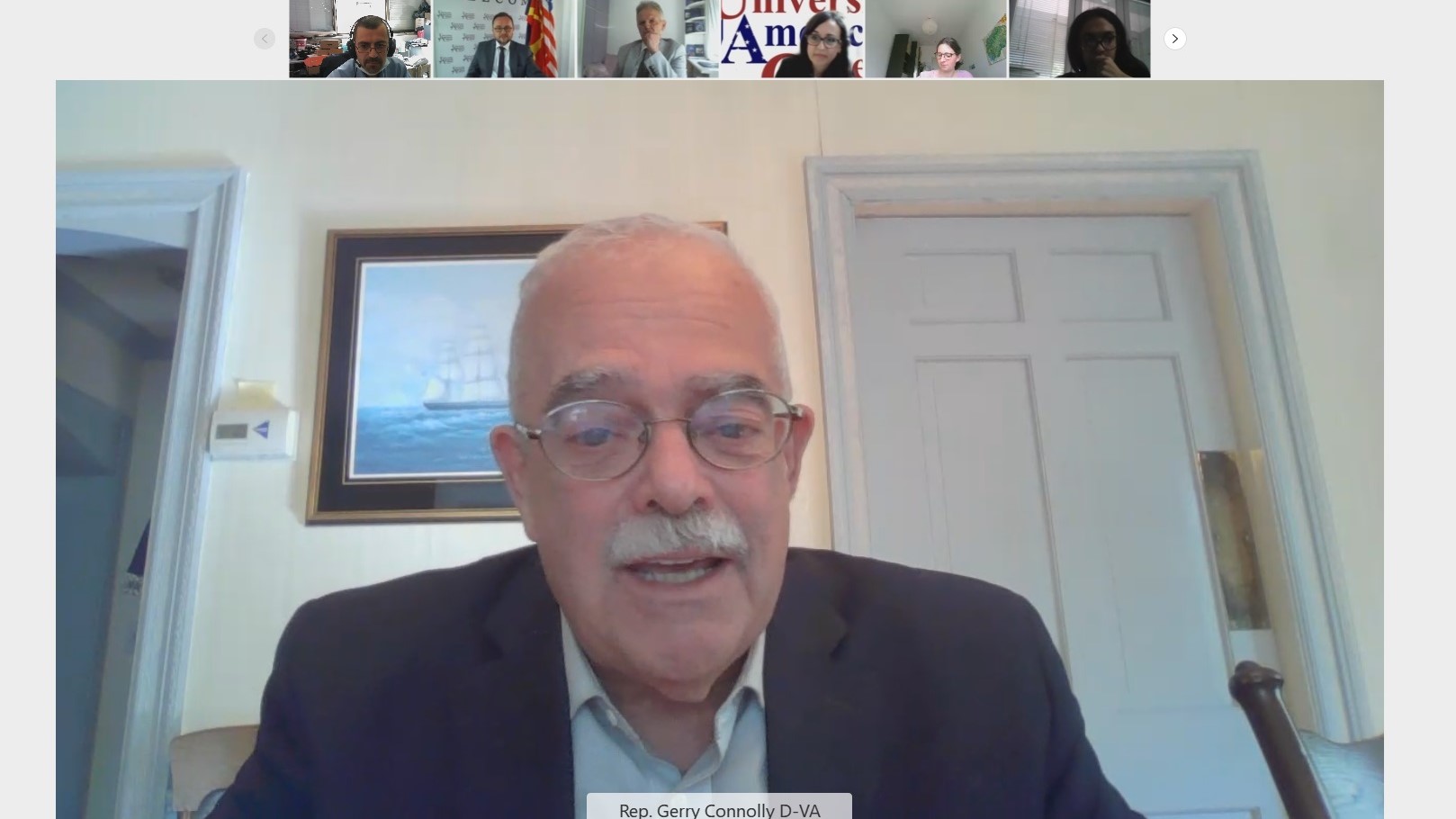 On May 4, 2021, the School of Political Science at University American College Skopje (UACS) organized a guest virtual lecture with the US congressman and President of the NATO Parliamentary Assembly, Mr. Gerald E. Connolly.

In his lecture, Mr. Connolly expressed gratitude for the possibility to address the students and welcomed the membership of the Republic of North Macedonia in NATO as an alliance of security, but also of shared values, underling that the country has been an example to be followed by other countries in the region. Mr. Connolly shared his views on the boundaries of the executive and legislative power according to the US Constitution, outlining that it is the obligation of the Congress to hold the executive accountable in the decision making process. Managing racial and societal inequality, the growing power of China, and the investment in research and development, infrastructure and education, according to his opinion, will be the key challenges for the USA and the countries in the NATO Alliance in the forthcoming period. Students showed interest to hear about his work as a congressman, especially regarding current developments in the USA under President Biden’s administration, but also about Mr. Connolly’s engagement as President of the NATO Parliamentary Assembly.

Mr. Gerald E. Connolly is serving his seventh term in the US House of Representatives. As a senior member of the House Committee on Oversight and Reform, Chairman of the Subcommittee on Government Operations, as well as a member of the House Committee on Foreign Affairs, Mr. Connolly has been an experienced connoisseur of both US domestic and foreign policy priority issues. He was elected President of the NATO Parliamentary Assembly on 23 November 2021.