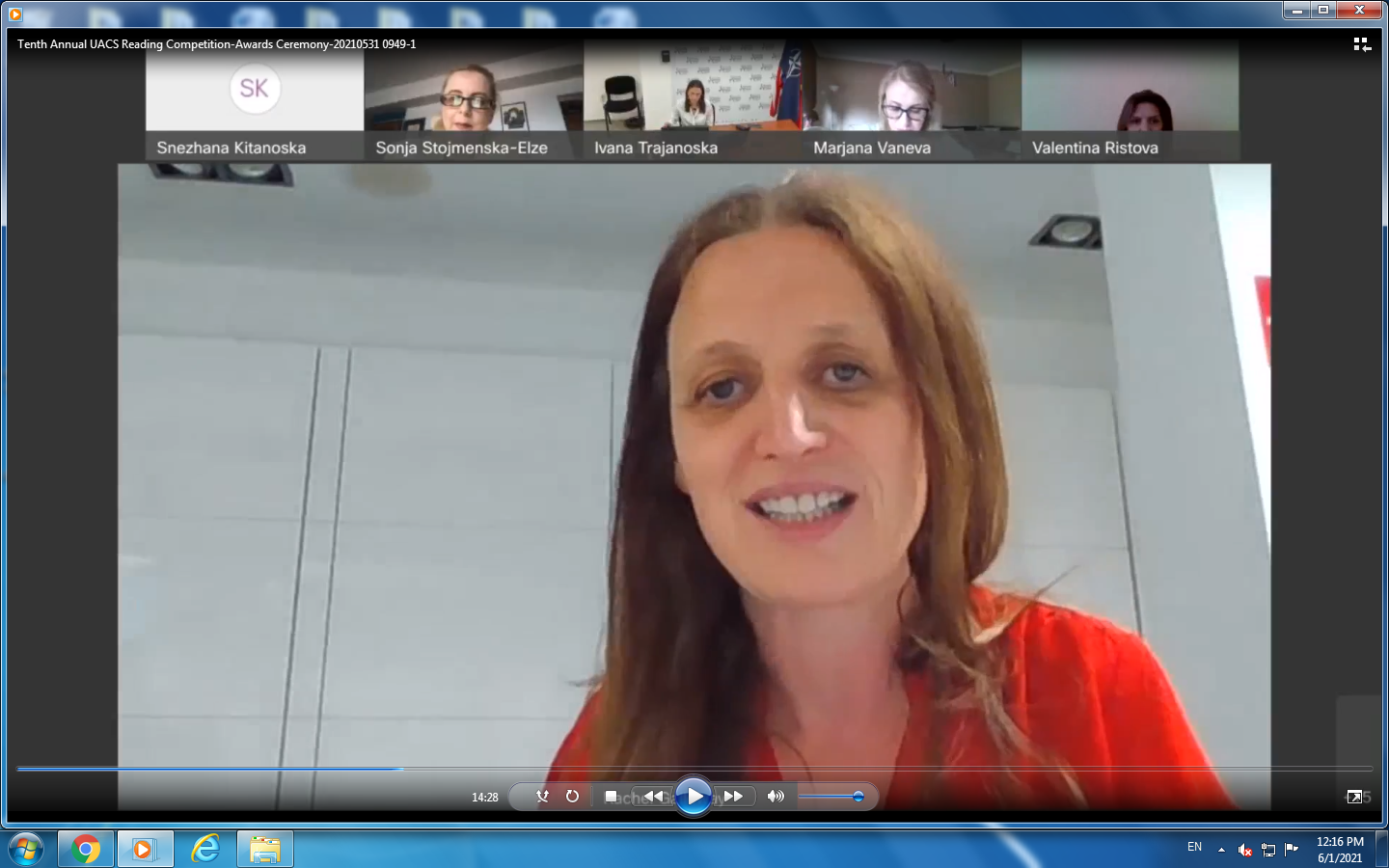 UACS commitment to promote English literature among high school students and to foster reading habits in youth was not hampered by the Covid-19 pandemics. In difficult and challenging circumstances UACS School of Foreign Languages organized two Reading Competitions.  The Tenth Annual Reading Competition was organized electronically and enabled us to continue the tradition. This year fifteen students from several high schools from all around the country participated in the competition. On 31 May via Webex we organized an Awards Ceremony to announce the winners and mark our-ten year jubilee.

Ten years have passed since UACS first reading competition. We have hosted and brought together more than 400 high school students from across the country and nearly 100 EFL teachers. We would like to express our sincere gratitude to all students who enrolled at our competition in this past ten years, to all members of the jury who dedicated their time, effort and expertise to evaluate the students’ readings, and to the EFL teachers in particular for continuously encouraging their students to participate in our competition, for recognizing its worth and importance. Without the collaboration of the EFL teachers our competition would not have been possible. Our special thanks goes to the Embassy of the United Kingdom in R.N. Macedonia, and her Excellency ambassador Rachel Galloway for the continuous support. 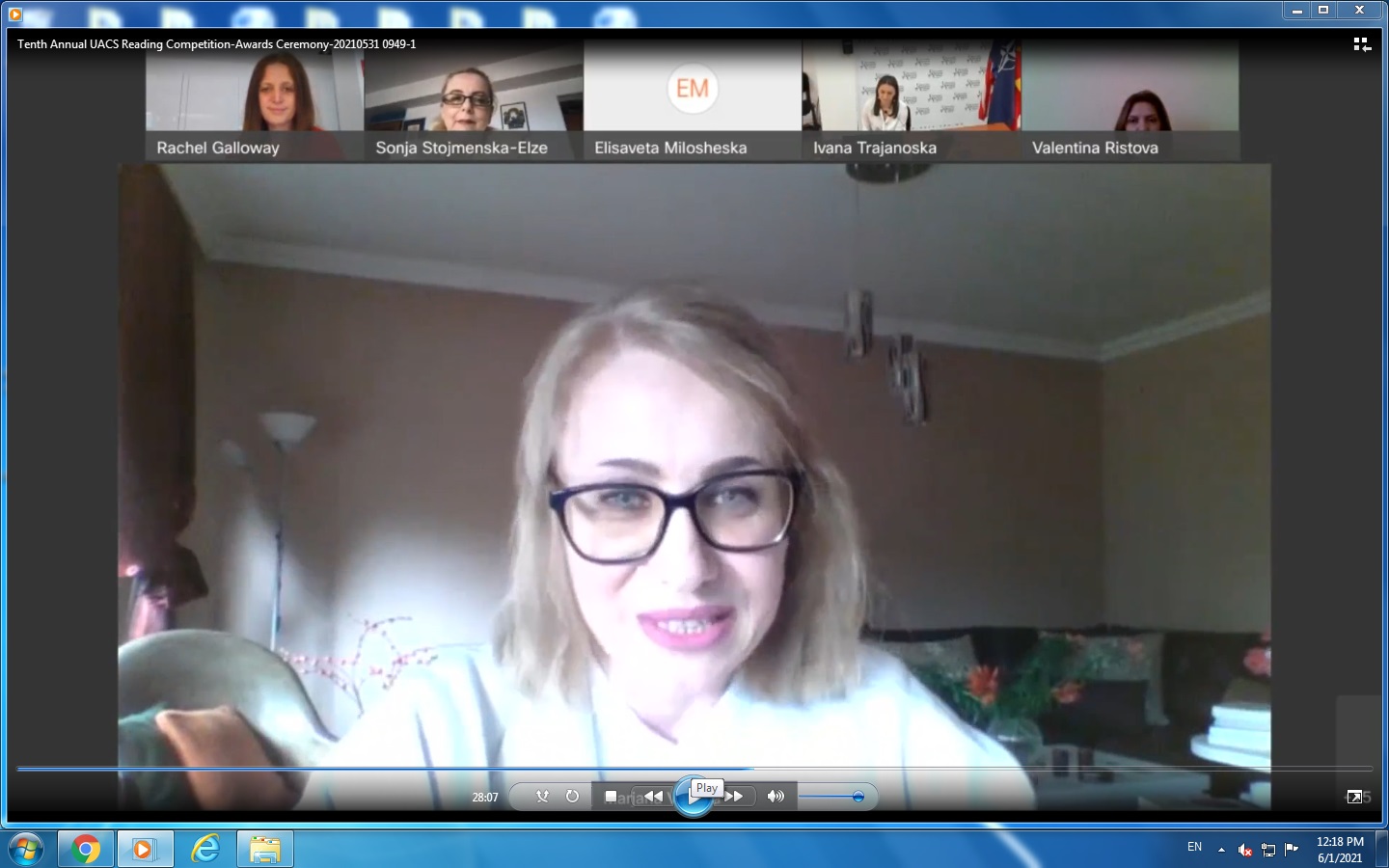 In this decade we’ve celebrated various different English writers starting from the more than well-known William Shakespeare and Charles Dickens to Virginia Woolf, George Eliot and Emily Brontë. We have also celebrated the births of less well-known authors like Anne Sewell or Sir Anthony Hope. We hope that together we have contributed to triggering and fostering the love for reading and to appreciating and understanding literature.

This year’s competition honored women writers in English. We wanted to pay a special tribute to marginalized, forgotten or lesser-known female writers in English and dedicate our ten-year jubilee to them. This year we celebrated 250th and 200th birthdays of the English diarist and poet Dorothy Wordsworth (1771-1855), the English poet and novelist Isabella Banks (1821-1897) and English poet Dora Greenwell (1821-1882). However, we have also welcome applications on well-known, widely read, and already established female writers in English as well.

Our aim was to encourage students to explore lesser well known female authors, to incite their curiosity and to inspire them to challenge and question established conventional literary criteria, the literary canon, and explore these lesser known or even marginalized authors in English. This process is very important since it gives an opportunity to critically evaluate both the present and the past, and the circumstances in which female writers created and create today; and how their works were and are received both by the public and the critics. 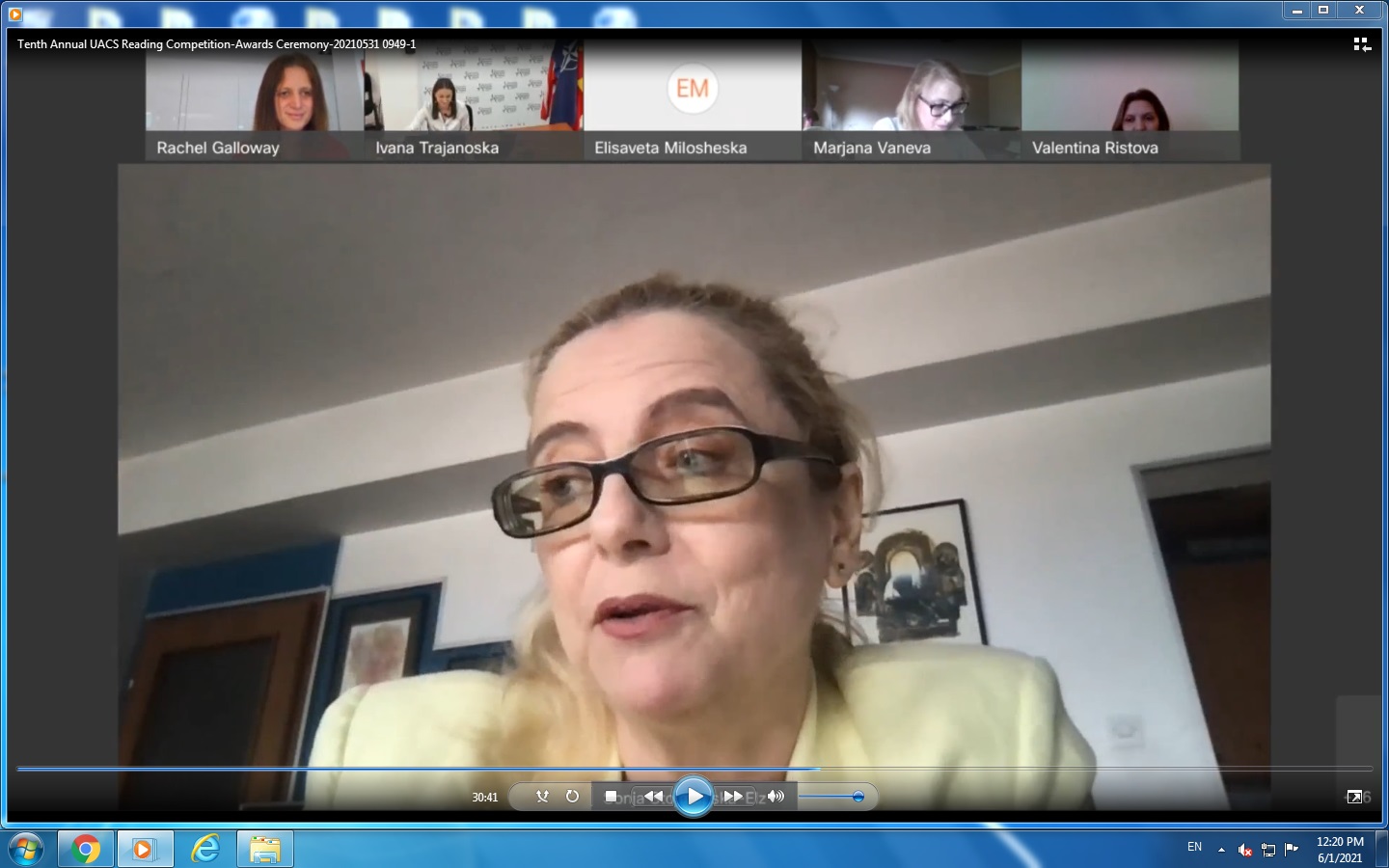 The winners of the Tenth Annual Reading Competition are as follows:

The prizes for the winners and their mentors in valuable books have been provided by the publishing house ARS Lamina and Friedrich Ebert Stiftung- Skopje, as well as books and vouchers by University American College Skopje.

We sincerely hope that next-year we will be able to host our competition at UACS premises.

Head of the Organizing Committee of the UACS Reading Competition

Acting Dean of the School of Foreign Languages

Spend a year in Athens and get a Webster University degree!